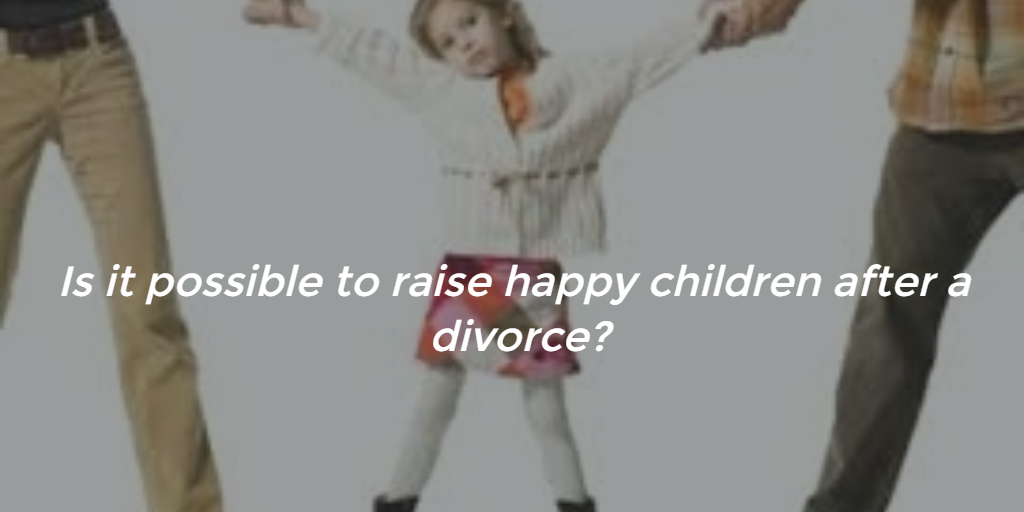 Mona – a 26 year old teacher – has strongly negative feelings about marriage. She attributes it to her parents’ turbulent relationship and subsequent divorce almost ten years ago. She recalls being a confused 17 year old when her parents decided to end the marriage. During her teens she frequently found herself caught amidst the crossfire, often being forced to take sides.

Viren is a 20 year old college student, and like Maya, witnessed his parents’ divorce at a young age. He, however, views the experience quite differently. According to him, his parents are much happier now than they were together. He remembers being reassured by his mother that the only change he had to deal with was that his parents would live in different houses. He feels that both his mother and father made every effort to keep things as ‘normal’ as possible for him. Even though he initially felt bad about them not being together, he has now made his peace with it.

Sharing responsibility for children is one of the biggest challenges for divorced couples. The ideal scenario would be when the adults put aside their differences and focus on the child’s needs. This, of course, is easier said than done. Since a lot of marriages end on a bitter note, planning something with the person you wish didn’t even exist can be difficult (to put it mildly).

However, the common stereotype that children of divorced parents are emotionally disadvantaged or damaged is far from the truth. There are as many Monas and there are Virens. That is to say that how parents cope with the divorce determines the impact it has on the children. And yes, it is possible to raise happy children after a divorce.

A child needs a nurturing environment to thrive, irrespective of whether the parents are together or divorced.  Some things to keep in mind to ensure your children’s well-being during and post-divorce:

Prepare your children for upcoming change

Either in their effort to shield the children, or based on the assumption that they will eventually cope, adults don’t share much about the impending separation with the kids. This can lead to poor adjustment and even an assumption on the part of the child that he/she is responsible for the divorce. It is essential that both parents explain – in an age appropriate manner – about the changes that the child will experience in the coming weeks. They should be assured that they will still be loved unconditionally and that they are in no way responsible for this.

Depending on how your marriage ended, you may or may not harbour strong negative feelings towards your ex. Remember that even if you don’t like your ex anymore, they will always be your child’s parent. Don’t let your feelings towards your ex affect the child’s relationship with them. Give them a chance to develop a healthy relationship independent of your misgivings, and without feeling any guilt.

Don’t put them in a spot

Your children need both parents. Putting them in an awkward situation where they have to take sides can prove highly detrimental to their personality development. Don’t encourage them to talk poorly of your ex. Don’t give them information that they don’t need to hear, including any annoying/negative behaviours on your ex’s part.

More than anything else, a child needs a stable nurturing environment to thrive and grow. Divorce brings with it numerous changes in routines, patterns and expectations that the child has gotten used to. As a parent, try to provide maximum level of stability. This may involve coordination with your ex. Try to smoothen the transition by putting new routines into practice and sticking to them. Another aspect of maintaining stability is consistent parenting. Stick to rules that were in place before divorce. Some parents might feel guilty and as a result become either too lenient or over-indulgent. Remember that such an attitude will only prove detrimental to your child’s development.

It is possible that you feel overwhelmed and frustrated at times. Negative feelings that often accompany divorce can adversely affect your children. You are one of your child’s primary role models, and to ensure that you don’t pass on any resentment or bitterness to them, you need to work through your feelings. If you find yourself struggling with emotional difficulties, make sure you get professional help. Talking to a counsellor will give you a healthy outlet for any pent up frustrations or insecurities. Venting out to your child – no matter how receptive or mature they seem – is never a good idea.

Be receptive to cues from your children

Children are often unable to directly express the sadness or confusion they feel. Depending on their age, they might resort to different behaviours which indicate their distress. For example, a five year old may react by being excessively clingy or irritable; an 8 year old may become increasingly withdrawn; on the other hand a 15 year old may resort to defiant or aggressive behaviour. Keep an eye on any signs of excessive behaviours or reactions in your children. They need your reassurance and support to cope with the change. It may also be useful to seek therapy depending on the severity of their reaction.